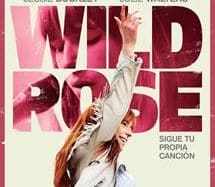 Rose-Lynn Harlan (Jessie Buckley) just got out of jail and is looking forward to fulfilling her dream: leaving Glasgow and becoming a country star in Nashville. He is 23 years old, talented, charisma and a privileged voice. But she is also the absent mother of two children who, until now, have been in the care of Marion (Julie Walters), her mother.
When she returns home, Marion tries to make her daughter the responsible mother that her children need. However, a casual encounter causes Rose-Lynn to be just one step away from achieving her dream as a singer. At this point, the young woman will find herself in the difficult position of choosing between her family or her success in the world of music.
Tom Harper (The Woman in Black: The Angel of Death) directs Country Music, whose scriptwriter is Nicole Taylor (The C Word) and features a cast consisting of Julie Walters (The Return of Mary Poppins), Jessie Buckley ( Taboo) and Sophie Okonedo (War Book).