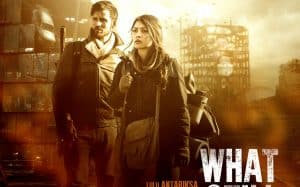 Anna has never known a normal life before “change” occurs, but instead she has a simple life in the forest with her mother and her brother. She is left alone when her mother dies and her brother disappears – she loses contact with him when they run both of the attackers who are called Berserkers – and she still sees her life as well as being terrified and relieved in the same when he meets a stranger. Peter comes with peaceful thoughts and shares Anna’s belief in God, suggesting that he return with him to the village. When he discovers that there are some terrifying underlying behind the choice to integrate into a new “family” it may be too late.