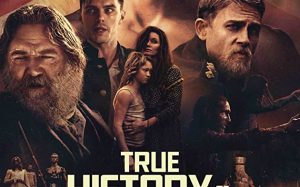 True History of the Kelly Gang

The film tells the story of Ned Kelly (Orlando Schwerdt, George MacKay), one of the country’s most famous Australian figures, who lived in the 19th century. Ned writes letters to his daughter to tell her about his own life, the life of a man who had no choice but to be an outlaw. As a child, his mother (Essie Davis) sold him to a bandit, Harry Power (Russell Crowe), who teaches him the world of crime. Years later, Ned returns to his mother’s house, but now he is an angry man, hardened by the events he has lived through. He decides to form a gang with his brother Dan (Earl Cave) to terrorize the British authorities in Australia at the time, ravaged by poverty and hunger. Thus, Ned will begin a journey that will make him a legend.