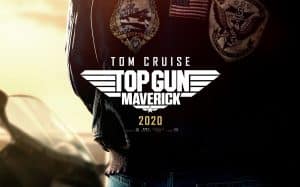 After more than thirty years of service, Pete ‘Maverick’ Mitchell (Tom Cruise) has a reputation that precedes him. Maverick was one of the best Airmen in the Navy, decorated with combat medals and mentions, and responsible for legendary feats. Of course, he did not expect to return to the Top Gun fighter pilot academy, where he is required as a flight instructor to train a new generation of young fighter pilots, men and women. There he will meet Bradley ‘Rooster’ Bradshaw (Milles Teller), the son of Goose, his deceased former partner, while trying to adapt to new technologies and the drone war.
This film is the sequel to Top Gun: Idols of the air (1986), mythical film of the 80s directed by Tony Scott.