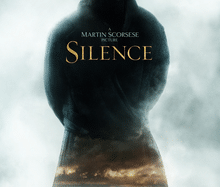 The film presents the story of a family struggling to survive in a terrorized world of a very dangerous and lethal primal species that has evolved for millions of years in the darkness of an underground cave system. These creatures survive by boasting their prey using only the sense of hearing because they do not have the ability to see them as they have lived in the dark all the time. As the family seeks to flee to a place they think they are safe, they begin to think about the future, the kind of world will remain after these creatures end up being devoured and able to surface .