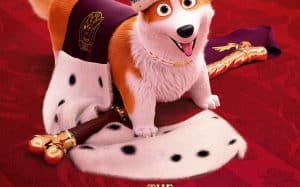 Rex is the corgi puppy most loved by the British monarch. At Buckingham Palace, Rex lives a life of luxury. Of course, his arrogance can be quite irritating. After causing a diplomatic incident, he will be forced to live like a stray dog ​​in the streets of London. During his epic journey to return again in the company of the queen, Rex will find love and discover his true self.
This animated film is directed by Ben Stassen (Bigfoot’s son) and Vincent Kesteloot (Robinson: A tropical adventure). The script for the film is by Rob Sprackling and Johnny Smith, screenwriters of Gnomeo and Julieta (2011). The main actors who put their voice in the original version of the film are Jack Whitehall (The Nutcracker and the Four Kingdoms), Julie Walters (The Return of Mary Poppins), Sheridan Smith (The Chronicles of Snow White: The Hunter and the Ice Queen ) Matt Lucas (Doctor Who) and Tom Courtenay (The literary society and the potato skin pie).