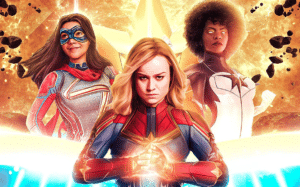 After the post-credits scene of Spiderman: Far From Home there is much more to see about Nick Fury and the Skrulls than what was seen at the end of the first installment of Captain Marvel; In addition to the 23 years that passed between the end of the film starring the superheroine and her return to Earth, in Avengers: Endgame. For this reason, this new installment on this half Skrull-half Kree character will be set in the present day.
Captain Marvel is going to be part of Phase 5 of the Marvel Comic Universe and continues to feature Brie Larson as the protagonist. Megan McDonnell will be in charge of writing the script.