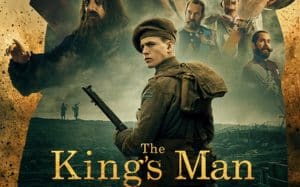 What was the famous Kingsman spy organization like during World War I? When the world is on fire, a group of the most evil tyrants and criminal minds in history, including the charismatic and controversial Rasputin (Rhys Ifans), will unite to unleash a war that will kill millions of people. To stop them, while the governments do not intervene waiting for orders, a group of armed and willing agents will take action. The Duke of Oxford (Ralph Fiennes), the young Conrad (Harris Dickinson), as well as the experienced Shola (Djimon Hounsou) and Polly (Gemma Arterton) will lead the first independent intelligence agency whose goal will be to ensure peace.
This prequel to the Kingsman franchise will show us what this spy organization was like in the early 1900s. This spin-off from the Kingsman saga is inspired by the comics of Mark Millar and Dave Gibbons.