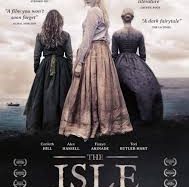 Based on some mystical folk and some inspiration from the Greek sirens, the film’s story is placed in 1846 on an island in western Scotland. Hitting in full of a violent storm, a few sailors’ ships are sunk and get lost on a small island isolated and shrouded in the fog. This island is almost abandoned, being inhabited by only four people; an old man dealing with the harbor, a niece’s farmer and a young crazy woman. They are not at all delighted with new visitors and hesitants in helping refugees. The promise of a lifeboat to take them from there never materializes, and one of the sailors begins to think about why people have left this island. Investigating, he discovers some frightening mysteries.