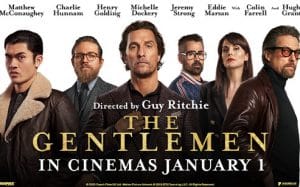 Mickey Pearson (Matthew McConaughey), an American businessman and expatriate, has triumphed in London, thanks to drug trafficking. Now he wants to sell his profitable marijuana empire valued in billions, but they won’t make it easy for him. This will trigger all kinds of conspiracies, intrigues, bribes and blackmail, in which Russian organizations or the Chinese mafia will be involved. All in order to try to steal your valuable property. This action and comedy thriller is written and directed by director Guy Ritchie, responsible for films such as Aladdín (2019), King Arthur: The Legend of Excalibur (2017) or Sherlock Holmes: Shadow Game (2011).