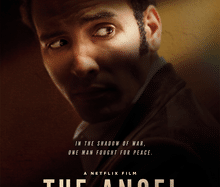 The film is based on true occurrences and presents the story of Ashraf, who was the son-in-law of Egyptian President Nasser, and later became a great hopeful for the one who took his place in the lead of the country or after his death. However, although he occupies an important role in the Egyptian state, Ashraf joined the secret service in Israel, the known and fearsome Mossad, to whom he provided key information about what is happening in Egypt from a political and military point of view. But as soon as he began to fiddle with the information that Egypt planned an invasion of Israel, the Mossad began to question his intentions and loyalty.