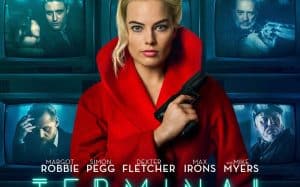 In the heart of an anonymous city, two dangerous assassins have completed a sinister mission. The two have accepted this mission received from a mysterious person known under the name of Mr.Franklin, in the desire to quickly enrich. During the mission I meet a woman, a mysterious waitress, who may be more involved in their mission than she does. Their way crosses the way of an English teacher and that of a guard at a train station. What is the connection between these mysterious and strange characters at the same time?