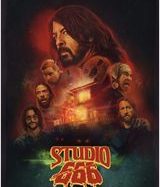 The legendary rock band Foo Fighters is preparing to record their long-awaited tenth album. To do this, he moves to a mansion in Encino, a place that became famous for witnessing the hair-raising history that the group lived there. Once in the house, Dave Grohl faces supernatural forces that threaten both the completion of the album and the life of the band.