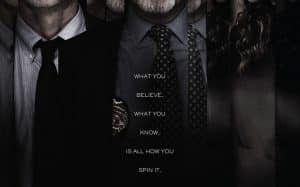 Evan Birch is a respected college professor with a wife and two children. But, behind the appearance of a family father, a dark past is hiding – he was scandalized by one of the universities he worked for. In addition, Evan has intimate relationships with his pupils. When one of his students, Joyce, disappears without a trace, Evan is the main suspect. The car fits with the description made by an eyewitness and was delayed that day, did not take his daughter in time from school. A detective starts digging into his past.