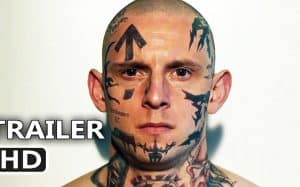 Based on the 2012 MSNBC documentary, the film features Bryon Widner, one of the FBI’s most sought-after extremists. Covered with racist tattoos from head to toe that he “won” after committing several hate crimes, he has a destructive life and is on the verge of destruction without return. When he meets Julie and falls in love with her, the fatherly responsibility of the three little girls he has from a previous relationship makes him want to give up the extremist organization. He endures death threats and is harassed even by former colleagues who are trying to get him out of the way. With the help of the FBI and the SPLC, he undergoes no less than 25 tattoo removal operations in exchange for providing information about his former colleagues.