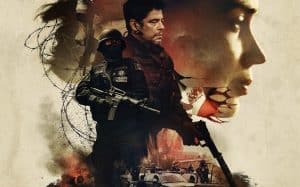 In this series begins a new chapter. In the war against drug traffickers, there is no rule, and when the cartels decide to extend their horizons of operations beyond the drug world, passing clandestine terrorists beyond the borders of the United States, federal agent Matt Graver has nothing but to turn to the mysterious Alejandro, who has a personal vendetta against a cartel leader who killed his family. Alejandro will carry this war beyond the limits imposed by law in ways he only knows. He kidnapped the daughter of a cartel leader to create a conflict between the mafia groups, but when the girl is seen by them as just a collateral damage, her fate will depend only on the two men who start to question the whole purpose of who fight her.