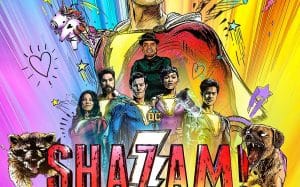 Shazam! Fury of the Gods

Billy Batson (Asher Angel) returns, a normal and ordinary 14-year-old orphan, whose life is completely changed by becoming the adult superhero Shazam (Zachary Levi) every time he shouts the word ‘Shazam!’. Although with a child inside, Shazam’s powerful body does what any superpowered teenager would do: have fun! Now, Billy has managed to find a host family, as well as a friend: Freddy Freeman (Jack Dylan Grazer). This sequel to Shazam! (2019) is based on the DC Comics superhero comics created in 1939 by screenwriter Bill Parker and cartoonist Clarence Charles Beck.