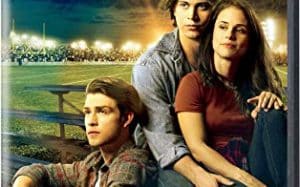 In this film we see how two brothers arrived at the peak of despair make the decision to sacrifice today in the hope that they will have a better tomorrow. Trying to recover from the shock they suffered as a result of their mother’s death and the fact that their father abandoned them, Zach, a very talented athlete, finds glory on the football field and works hard to win a high school scholarship. it would be the ticket for the two brothers to leave town. It’s just that their plan is overturned when Zach suffers a devastating crash and their dreams are shattered, so the other brother, David, will have to deal with his brother and their future.