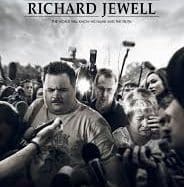 Richard Jewell (Paul Walter Hauser) is a security guard who becomes a hero when he saves hundreds of lives during the 1996 Olympics in Atlanta, by preventing the explosion of an explosive device. But within a few days, Jewell becomes the first suspect in the attempted terrorist attack for the FBI, leaving behind his hero role and becoming a villain for the public and the press. Watson Bryant (Sam Rockwell), an independent lawyer, tries to clear Ricard’s name, but it is a complicated task since there are many who want to destroy his life. This film based on real events, from the article written by Marie Brenner, is directed by the four-time Oscar winner Clint Eastwood.

“The individual is the basis of democracy,” proclaimed Leonardo DiCaprio in J. Edgar, one of those many works that, as an ideological conception and repository, could have served as epitaph for Clint Eastwood’s career as a filmmaker. The veteran director has been signing his last film more or less since Without forgiveness – whose premiere will take place in a little three decades – but his hyperactive inertia, his will to die rolling, has led him to dedicate the most recent phase of his career to portrait of characters that openly state the words of DiCaprio, far from any alibi or modulation from the film genre. His saga of the anonymous North American hero – that would go back to the masterful Flags of our parents, but that from The sniper has led us uninterruptedly to this recent Richard Jewell.