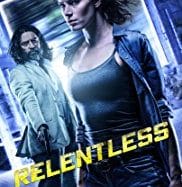 It is 1981 and the Civil War is raging in El Salvador. Refugees manage to flee to Los Angeles and form a gang called Los Discípulos. Many are deported back to El Salvador and one of the largest human trafficking networks is formed. Holly Drew, the owner of a café, has a 16-year-old daughter, Ally. Ally spends her summer vacation at a farm in El Salvador but one night she is kidnapped from the farm. Holly travels straight to El Salvador and begins a search on his own. Find out that Ally is already in El Trein de Muerte, a train that takes back emigrants to L.A.