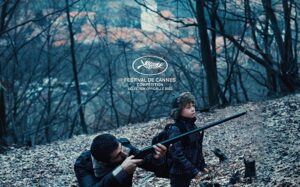 Film that follows Matthias, a man who returns before Christmas to his hometown in Transylvania, after some time working abroad. Upon his return, he is concerned about the education that his son Rudi has received from his mother, Ana. He also needs to know how his father Otto is doing and longs to see his ex-lover Csilla again. . When the factory run by this woman he had an affair with hires foreign workers, deep-seated impulses and resentments surface, conflicts and emotions erupt, and the veneer of community peace is chipped away.