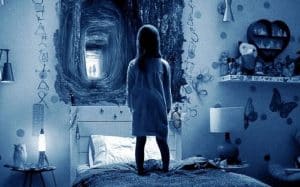 New film from the supernatural horror franchise Paranormal Activity, in whose stories its protagonists are harassed by supernatural entities who stalk and terrorize them. This seventh installment of the saga is a Blumhouse production, produced by Jason Blum, responsible for hit horror films like Us or Let Me Out. The film will be directed by Christopher Landon, who was already part of the saga as a screenwriter in several films and also as a director in the fifth installment.