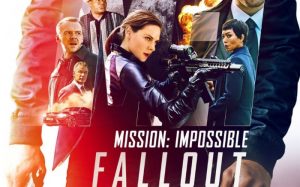 Ethan must recover three nuclear warheads before they are used by a certain John Lark and a terrorist organization known as the “Apostles” to detonate them at Vatican, Jerusalem and Mecca in a coordinated, simultaneous attack. But things get complicated at a certain point, and Ethan and his team of agents are on a desperate time mission to recover nuclear devices before they can be used. Ethan arrives through diverse and spectacular locations in his attempt to keep himself one step ahead of the terrorists and get his hands on those devices, but his mission is not at all simple, being complicated by other governmental organizations.