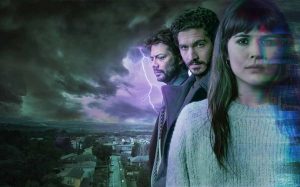 On November 9, 1989, the same day that the Berlin Wall fell, Nico is a 12-year-old boy who is passionate about filming while playing the guitar, being cared for by his only mother, Maria . This night, when a 72-hour storm begins, Nico sees a violent scene through the window of his neighbor’s home, Angel Prieto. Approaching the house, he sees his dead wife. Running from Prieto, Nico is careless and hit by a car, dying in turn. 25 years later, Vera Roy moves along with her daughter, Gloria, to Nico’s house, and shortly after arrival strange things happen around them.