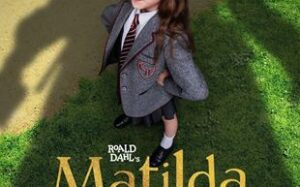 Matilda Wormwood is a young woman who discovers that she has magical abilities. The young genius, who delights in reading books and learning, is mistreated by her parents, who only care about money and punishing her daughter. Eventually, Matilda’s telekinetic powers begin to grow, and she demands to be allowed to go to school – where she meets some kind students and teachers – including Miss Honey. However, the students are harassed by her vile and overbearing headmistress: Miss Trunchbull, who becomes one of the main antagonists of the story alongside Matilda’s parents. Musical adaptation of the novel written by Roald Dahl.