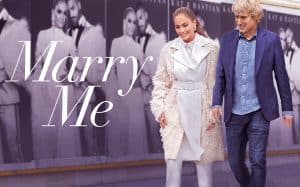 Bastian (Maluma) and Kat Valdez (Jennifer López) are a successful couple of artists who are about to get married. But, when the big day arrives, Bastian leaves her fiancee standing at the altar of Madison Square Garden in front of thousands of followers and after having released a song about her marriage. However, Kat has just found out that her partner had been cheating on her with her assistant, and suddenly she decides to marry one of her followers (Owen Wilson), whom she has never met before. absolutely nothing.

The film, directed by Kat Coiro, is based on the graphic novel by Bobby Crosby.