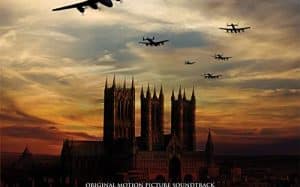 Following the death of his younger brother, Air Force Lieutenant Douglas Miller, a remarkable pilot who managed to successfully escape the Great Battle of Britain, transferred to the Bombardment Command and is determined to wage war against the Germans by air. After reaching the new outpost, he is forced to take the place of another pilot much more loved by comrades and with much experience in the fight that was killed a few days earlier. Having a hard time getting to grips with the rest of his war mates and being obsessed with the idea of going to war at any price, Douglas must find a way to gain their trust and overcome their inner demons to become the leader of which they need it so much.