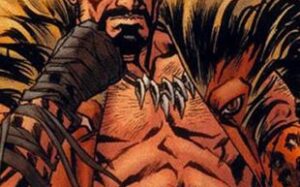 The new ‘spin-off’ of Spiderman Kraven The Hunter will focus his story on one of the most frequent villains in superhero comics, after Venom. The fearsome Sergei Kravinoff, who always had a great ability to take down large animals, met a voodoo sorcerer named Calypso who gave him a potion to enhance his physical powers and extended his years of life.
In the film, the fearsome “Kraven the hunter” is commissioned by his partner and brother Dmitri Smerdyakov “the Chameleon” to hunt down the well-known hero who wanders the streets jumping from roof to roof, punishing villains and thus protecting them from the inhabitants of the city. To fulfill his mission, the villain will return to the city to meet Spiderman face to face.