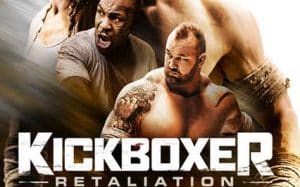 It’s been 12 months since Kurt Sloan left Thailand and swore that he would never come back. Now Kurt dreams of conquering the MMA title. When he returns to the locker, he sees a familiar face, but he does not respond because he is sedated and wakes up in Thailand in a prison. Shortly Kurt meets those behind this kidnapping who tell him that in exchange for his freedom he will have to fight a beast named Mongkut. If he refuses he will stay behind bars. But Kurt just wants to go home. In addition, a reward was placed on his head.