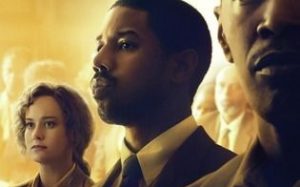 Bryan Stevenson (Michael B. Jordan) is a young lawyer who, after graduating from Harvard, receives lucrative job offers. But he prefers to head to Alabama, with the goal of defending people who have been wrongly convicted or lack the resources to have adequate legal representation, and he does so with the support of local activist Eva Ansley (Brie Larson).
One of his first and most turbulent cases is that of Walter McMillian (Jamie Foxx), sentenced to death in 1987 for the murder of an 18-year-old girl, despite the evidence proving his innocence. Despite having everything against him, including the judicial system, Bryan will fight for Walter and others like him even if that means a labyrinth of overtly racist legal and political maneuvers.
Drama based on real events that adapts the award-winning bestseller written by Bryan Stevenson himself, the film is directed by Destin Daniel Cretton, responsible for The Crystal Castle (2017).