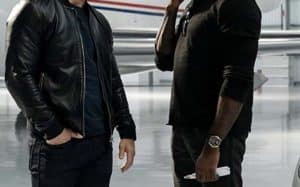 Evan Michaels (Mark Wahlberg) is a troubled man who struggles to survive. Memories haunt him, like nightmares. Until he discovers that his hallucinations are not really what they seem. They are actually visions of other lives already lived, memories of their past lives. In this way, he meets a group of people who are like him, almost immortal beings known as “The Infinite” who have been reincarnated over the centuries. Evan will try to join their ranks.