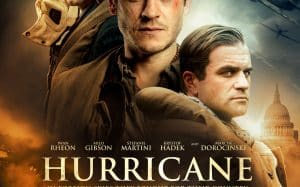 The film tells the story of a group of valiant Polish pilots who fought in the Second World War in the sky of England not just to keep Britain away from Nazi occupation but also to keep alive the very idea of their own country that existed in its modern form for 20 years before being crushed by the incarnation between Russia and Nazi Germany. Equipped with precarious aircraft and receiving some reluctant support from the RAF, they fought back and, thanks to their courage, Poland managed to survive.