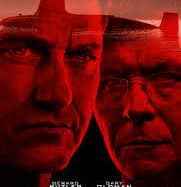 American submarine USS Tampa Bay disappears in the depths of the ocean after being on a mission to recognize a Russian submarine. Admiral Fisk sends another submarine to investigate and discover the causes of this disappearance, but at the same time, another Navy Seal operation takes place. They have to observe certain deployments of forces that are being put into practice at a Russian naval base, but they are witnessing a coup from the Defense Minister who wants to replace the president and start a war.