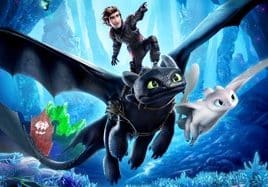 How to Train Your Dragon-The Hidden World

When Toothless is overwhelmed by the unexpected and inexplicable appearance of a female of its kind, called Light Fury, a new threat is making its way to Hiccup’s overcrowded utopia. As a result, both the people living there and their dragons have no choice but to go on a long journey in an attempt to find a legendary island that would be the home of dragons where they can live safely, away from predators: a hidden world which is believed to be nothing but a myth. A story about friendship, fate, and ultimately renunciation.