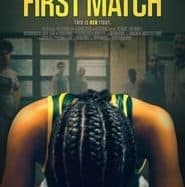 Crowded by adoptive families, Monique has developed violent and rebellious behavior. After his biological father, Darrel, a former wrestling champion, is released from prison, Monique joins the high school wrestling team with the desire to impress his father and channel his anger and frustration into something positive. Monique has an indisputable talent inherited from her father who, even if she did not want to know anything about her, eventually chooses to train her to help her become something alive.