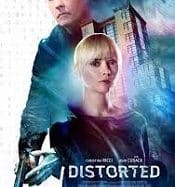 A young 32-year-old suffers from bipolar disorder. He begins to suspect that the intelligent, technologically endowed apartment in which he moved with his husband is used by the villagers as a guinea pig for a so-called “synthetic telepathy.” In other words, apartment owners are brainwashed in a plot with global ramifications. But nobody believes it. In addition, when he claims his apartment is haunted by a ghost, he is considered crazy.