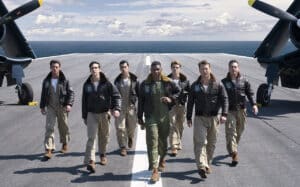 1950. The Cold War is unleashing chaos throughout the world and threatens to completely unbalance international peace. Two young men are about to become legends. They are Tom Hudner, a soldier with an impeccable track record, and Jesse Brown, an African-American soldier who stands out for his fighting spirit, and who would later become the first African-American policeman to fly in combat for the United States Navy. Joined. Both will train within the VF-32 squadron, where they will be pushed to the limit to become elite aviators. Despite the pressure they will manage to forge a great friendship, which will be put to the test when one of them falls in combat.