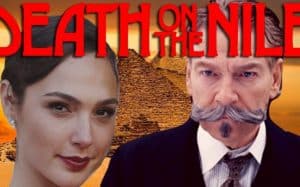 Death on the Nile

The investigations of the famous detective Hercules Poirot (Kenneth Branagh) return. This time, during a cruise on the Nile, Poirot must investigate the mysterious murder of a young heiress with no apparent explanation.
This sequel to Murder on the Orient Express (2017), directed by the protagonist Kenneth Branagh, is the adaptation of Agatha Christie’s novel Death on the Nile (1937).