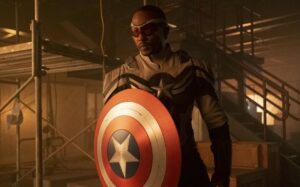 Following the success of the Disney+ series Falcon and The Winter Soldier, Anthony Mackie is starring in a new Captain America movie. It will be the franchise’s fourth after The First Avenger, The Winter Soldier and Civil War, and the first since Chris Evans stepped down from the role of Steve Rogers after Avengers: Endgame in 2019.