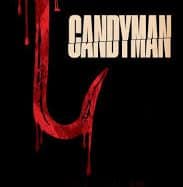 Cabrini Green, the same neighborhood where the legend began, is now a gentrified Chicago neighborhood. A decade after Cabrini’s last tower was demolished, Anthony McCoy (Yahya Abdul-Mateen) and his girlfriend Brianna Cartwright (Teyonah Parris) move into a luxury apartment in this neighborhood, completely different from what it was and packed. of millennials who do not know their dark past. A past full of dark stories, including that of Candyman, a ghost with a hook instead of a hand that appears if his name is pronounced five times in front of a mirror.
This film, directed by Nia DaCosta, is a rereading of the horror story The Forbidden written by Clive Barker, as well as a spiritual continuation of Bernard Rose’s film, Candyman (1992).