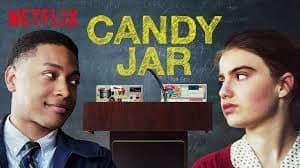 Lona and Bennett are champions of school debates, two rivals at the same time. Even if they do not want to recognize this, they have something in common, something they refuse to observe, focusing more on the differences between them. Both are solitary soldiers who like isolation and want to study at the prestigious Yale. Both are alone, even if for different reasons. Bennett was adopted by Julia, an ambitious senator and Lona is raised by her mother after the death of her father. Soon they will find that, to their surprise, the opposites are attracting.