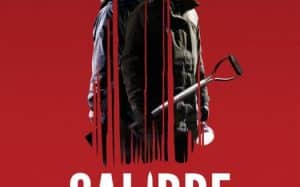 Two old friends, Vaughn and Marcus, venture together into the Caledonian wilderness to take part in a hunting game, but walking on an unknown territory involves some inherent risks. After spending the first night in a village bar alongside the friendly locals (most of them), the two guards head for the forest to hunt for something. This will prove to be a big mistake because tragic and accidental complications do not delay to appear for the two. The decision of the two not to report immediately to the authorities is what causes them the biggest problems.