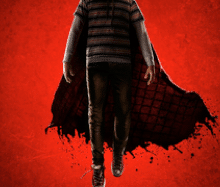 What would happen if a child from another world made an emergency landing on Earth and instead of becoming a hero to humanity, it proved to be something much more sinister? The couple formed by Tori (Elizabeth Banks) and Kyle Breyer (David Denman) has always wanted to have a child. When they decide to raise Brandon (Jackson A. Dunn), a child from the stars, they will discover that he has very special abilities. The problem will arise when they realize that the child does not use these powers to do good, since evil begins to grow within him.
Horror and science fiction film directed by David Yarovesky (The Hive) and produced by James Gunn (Guardians of the Galaxy Vol. 2). They star in the film Elisabeth Banks (Giving the note 3), David Denman (The Luck of the Logan), Matt Jones (Change plans), Meredith Hagner (Irrational Man) and the young actor Jackson A. Dunn (Avengers: Endgame).