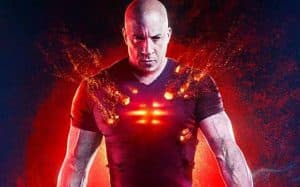 Ray Garrison (Vin Diesel) is a soldier fallen in combat. Far from accepting his loss, the Rising Spirit Technologies (RST) corporation uses nanotechnology to turn it into a biotechnological and superhuman killing machine called Bloodshot, capable of increasing its strength, its reflexes and its healing capacity. In this way, Garrison acquires special powers that make him virtually indestructible. The organization controls its body and mind and Ray does not know what is real and what is the product of his imagination. But when Garrison begins to remember who he was before and that in a previous life he had a wife, he will decide to find the truth at any cost and whoever falls. This movie based on the character of Valiant Comics is the directorial debut of Dave Wilson, creative supervisor of Avengers: The Age of Ultron (2015).