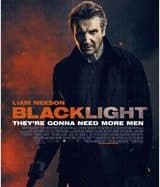 Travis Block is a former government agent who is now in the shadows. His function was based on dismantling operations that have been revealed. One day he discovers a dangerous conspiracy that has been perpetrated within the government against American citizens. Now it will become the eye of the hurricane and the main target of the FBI.