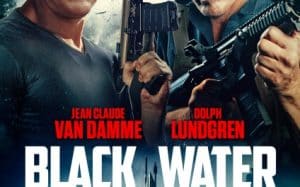 Wheeler is a brave and loyal CIA agent. The latter was drugged and brought to Blackwater, a more special prison, on a modified nuclear submarine. Once here, Wheeler is tortured to uncover the location of a secret CIA-owned adapter that would allow the decoding of a drive containing a number of compromising information. Captive on a life-threatening boat, Wheeler is forced to team up with Cassie and a former German agent, Marco, to make sure he gets away with life on that boat.