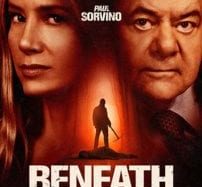 In addition to countless other victims, four boys are kidnapped by a man with psychotic tendencies who wants to “reunite” the other children who have lost their biological parents. Somehow, the four manage to escape from the hands of the psychopath, and it reaches the bars. Twenty years later, in the jail where the psychopath is located, a violent fire begins and, as a result of chaos, he succeeds in escaping and decides to carry out his mission two decades to a close. Detective Larson, who was part of the victim of the psychopath, is not left to deal with the case because it would be a personal involvement too much and a conflict of interest, so letting his partner deal with himself. Fed up with anger and a chance of revenge, Larson follows on his own on the psychopath and gets into the same trap as he dropped out as a child.