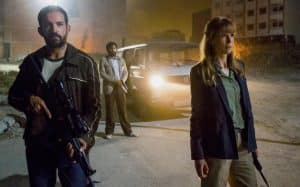 The war has raged in the heart of the Lebanese capital. CIA agents Sandy Crowder and Donald Gaines have to ask for the help of a former US diplomat, Mason Skiles, asking them to help negotiate the release of one of his former colleagues. Mason considered the latter responsible for the death of his family. The one who abducted him demands instead the release of his brother named Rafid Abu Rajal. The Lebanese government is not pleased with this request because its brother is one of the most sadistic and most dangerous in the country. Skiles will have to use his negotiating skills to carry out this mission.