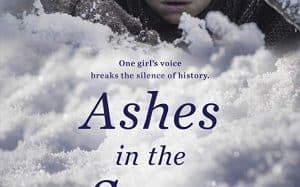 Ashes in the Snow

In 1941, a 16-year-old girl named Lina prepares to start arts school, to have romantic teen-dating meetings and other things youngsters are doing for her summer vacation. But in a fadic night, the Soviet secret service violently buzzes in her home and deports her with her mother and her younger brother. All three are taken up and sent to Siberian ice cream. The father of the girl is separated from the rest of her family and sent to a camp. Lina fights for her life with courage and swears that if she succeeds in escaping from this frozen hell she will honor her family and other thousands of prisoners in their situation, documenting her experiences in art and notes. She risked everything hoping her artistic messages would get to her father’s prison to let him know that his family is still alive.