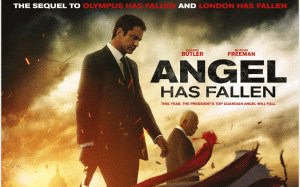 Mike Banning is back in the spotlight, however, this time he will be the target. After being framed for the attempted assassination of the President of the United States, the agent must evade the Secret Service of his country, of which he was a part, and the FBI while trying to discover who has set the trap and capture the true murderer .
Sequel to Objective: The White House (2013) and Objective: London (2016). Gerard Butler (300, RocknRolla, An exemplary citizen) returns to star in this third installment of the saga. Morgan Freeman (Lucy) this time will be the one who gets into the shoes of American president. Ric Roman Waugh (The Messenger) is in charge of directing this franchise tape created by Creighton Rothenberger and Katrin Benedikt, who will also write this story.